Australia Visa Holders Advised to Confirm Their Permits Are Legitimate

According to a report, the Australian administration keeps on urging visa holders–whose certificates/papers are not current–to ask for assistance from immigration authorities so that they can legalize their specific state of affairs.

The Australian Department of Immigration and Border Control (DIBP) regularly sends officers to regions outside big cities so that permit holders with problems can seek and get the right guidance and support. There could be several causes behind the invalidity of a visa, like, for instance, overlooking to receive a renewal, or not notifying the DIBP of an improvement in situations. 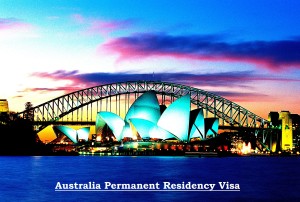 Foreign manpower can also be provided with the wrong counsel from recruiters/firms seeking to take advantage of them, and could feel obliged to keep quiet for dread of losing their job. Backpackers & students–whose situations may not be the same involving their education course or their temporary jobs–are allegedly a different group who may not understand they require to keep their permit information current.

As per a spokesperson from the DIBP, the department’s teams are forever prepared to assist. In case situations have changed it is best to get in touch sooner than later so that the state can be set right instead of leaving the same only to lose sleep that one’s permit could be taken back.

In the meantime, the administration is also firm to crack down on those who intentionally exploit the visa structure. In the most recent Taskforce Cadena action–spearheaded by the Australian Border Force (ABF)–roughly 11 illegal non-citizens staying and working unlawfully in regional Victoria were held.