In order to strengthen Canada’s economy further, the Immigration, Refugees and Citizenship Canada (IRCC) has taken a rather bold stand and merged provincial nomination into Express Entry. It is basically a electronic immigration programme even as applicants are selected as per the specific needs of the labor market their (applicants’) ability to fully integrate into the country’s lifestyle and economy.

Provincial government across the country selects the best eligible applicants without a local sponsor who are later invited by the IRCC to claim the Canadian Permanent Residency (PR). 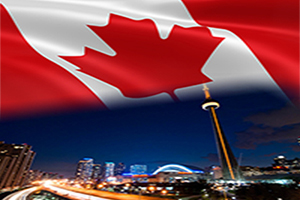 Provincial Nomination Programmes are introduced to reduce the gap between the labor demand and supply. Thus, many provinces have their own immigration programmes designed by them and they have a set selection criteria.

It is seen as the best fast-track option for those who have a flair for particular province and wish to become its permanent residence. Under the above state system, the role of provinces has become rather significant.

Along with the existing provincial nomination programmes, at present, the provinces like Nova Scotia, Saskatchewan, British Columbia (BC), and Manitoba have joined the Express Entry. A sponsoring employer is not required.

If you wish to immigrate using the Express Entry under the Provincial Nominee Category, you first have to meet the basic criteria for any of the Federal Economic programme mentioned under the Express Entry, by creating an online profile, and answering a simple questionnaire, and making an official statement why you wish to live and work in the nation.

Qualifying candidates will get a chance to enter Express Entry Pool and will compete against each other to score up to 1200 points as per norms of the Comprehensive Ranking System (CRS). Those, who score the highest points, would get an Invitation to Apply (ITA) and will have 60 days in hands to claim PR.

How to increase the success chance?

The best possible way is to keep you well updated with the processing of the Provincial Nominee Programme (PNP) and grabbing the opportunity, as and when arises. Any number of applications can be submitted on a continuous basis. It is all the more important for those who wish to immigrate to the country to keep themselves timely updated.

Aspirants are required to clearly demonstrate that they wish to become the permanent resident and they have the ability to contribute towards the economic progress of the particular province the applicant wishes to reside in.

Note: Those who wish to live and work in a certain province, but are not eligible to enter Express Entry, using the provincial nomination they may apply for base PNP.