Will US election have an effect on Canada Immigration?

With all irons put in the fire, there has been an active counting the winner between President Donald Trump and former Vice-President Joe Biden. Being underway, it has caught the attention of the world, but the question is will the result of these elections have any impact on the Canada immigration system? 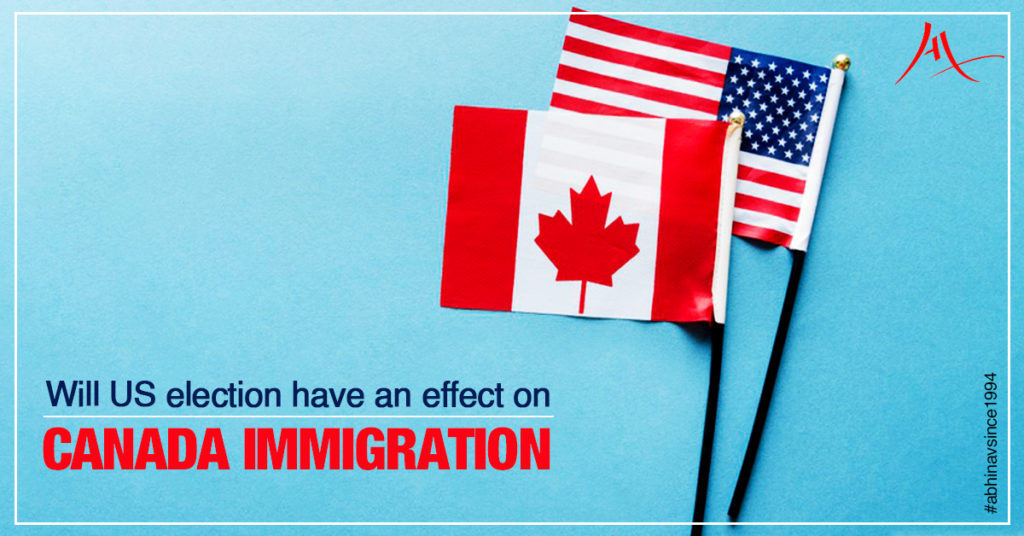 And, also will it change the course of U.S, skilled workers wanting to migrate to Canada from the U.S. in the near future? There might be a popular wave of thought that if Trump stands out as the winner, it will champion Canada as the focal point for attracting global talent. But, on the contrary the election results will in no way effect the rising growth of Canada as a global talent hub of the future.

What makes Canada the magnetic field for many immigrant workers facing problems in U.S. as the country with a population of approximately 330 million people, out of which about 160 million are workers. In recent years, the nation has gone ahead to invite about 1.1 million immigrants every year, out of which 10 percent are skilled, 70 percent fall under the category of family class, and the rest 14 percent as refugees. This would mean that the United States has invited about 0.3 per cent of its population as immigrants while its per capita inclusion of skilled immigrants as a share of its workforce is approximately 0.07 per cent.

Whereas, Canada on the other hand, has just a population of roughly 38 million people. Going ahead, the immigrant friendly nation via their Canada PR visa have designed a 2021-2023 Immigration Levels Plan. This plan aims to invite over 400,000 immigrants every year, starting from 2021.

This move will result in the rate of immigration moving up by 1 percent. Also, with a workforce of approximately 20 million skilled workers, they plan on welcoming about 60 per cent of migrants as skilled workers, 25 percent under the family class category, and the rest of 15 percent as refugees. In 2021 itself, the skilled worker inclusion rate of Canada will be about 1.2 per cent of its work force.

Which would mean that even if the work force of Canada is eight times lesser than that of U.S., they welcome double the amount of permanent resident Canada to their nation on absolute terms and about twenty times more on the basis of per capita. Due to the limited available spots for Green Card, many of the overseas talented applicants will move towards the north to explore more exciting employment opportunities and pursue permanent residency in one of the most developed nations of the world. After all, Canada offers more certainty than U.S. in terms of permanent residence.

For more information and assistance regarding Canada immigration, you can get in touch with our certified immigration experts.