Discover Why Concept Of Hungary Immigration Is Worth Pursuing!

Hungary is a land-locked country and situated in Central Europe. The nation is also the part of Schengen area, which provides free movement to its citizens to almost whole Europe. Historically, it had communist government but with the fall of the USSR, Hungary chose to give up the communist form of government, and since then, it has followed a liberal 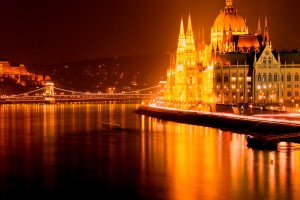 Europe generally brings prosperity and happiness into the life of travelers. Hungary is a European nation and famous for its growing economy and natural beauty. Its capital city Budapest is one of the most visited places in Europe. If you wish to live and work in Europe, then Hungary is a good option. Founded in 9th Century, the landlocked country

Why Seek & Get Hungary Immigration Visa?

Why one should visit Hungary once in their lifetime?

Have a look at how the Hungary Government is trying to help immigration to the nation turn out to be a reality and how you can effectively move to this country.

Motivated with Hungary Immigration and Getting Hungarian Residency?

Hungary makes it highly flexible for business investors to immigrate and obtain Hungarian residency. So, if you want to figure that out, then you must go through the piece